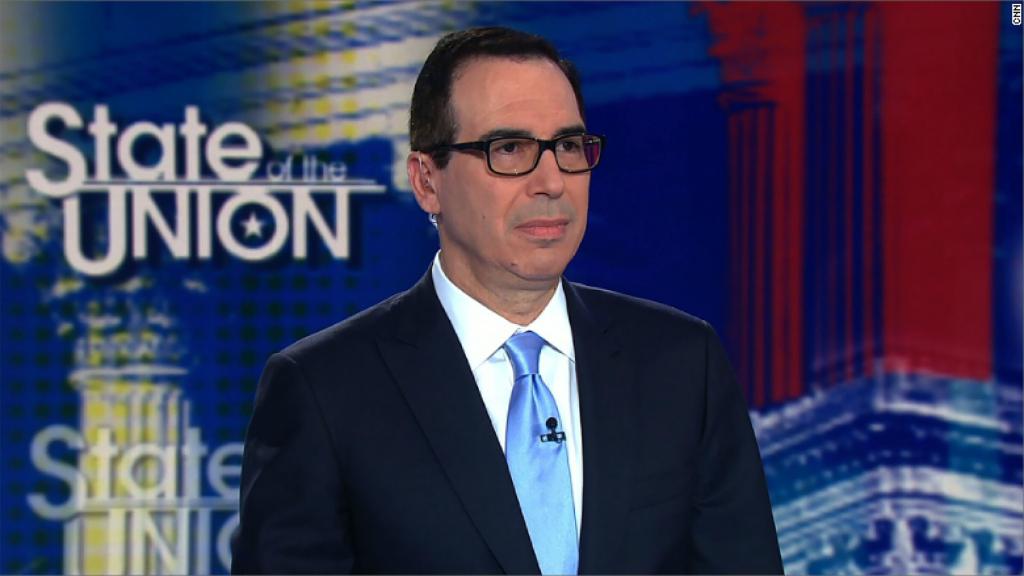 Steven Mnuchin: Taxes will go up for the rich

President Trump said H&R Block would go out of business because his tax overhaul would be so simple.

But the plan Republicans and Trump came up with almost certainly won’t put tax preparers out of business.

The final tax bill, released on Friday, does indeed deliver some simplification, but not as much as promised. And it adds plenty of complications, particularly for small businesses.

Republicans have said that under their tax plan your tax return could be filed on a postcard. That seems unlikely. But even if the IRS shrinks the 1040 you’d still need to check a bundle of instructions to fill it out.

The plan does get points for simplification, experts say, by nearly doubling the standard deduction to $12,000 for single filers and $24,000 for joint filers.

Doing that would drastically reduce the number of taxpayers who itemize since the only reason to do so is if all your deductions exceed the standard deduction.

To itemize, you have to keep lots of records to track eligible expenses, and then figure out if your income or other factors limit how much of a deduction you can take.

All in, roughly 30 million households that itemize today are likely to take the nearly doubled standard deduction instead.

“[It] should simplify tax record-keeping and reporting. Taxpayers might not immediately notice this, but over time they should adjust their behavior,” said Mark Mazur, director of the Tax Policy Center.

But of those 30 million, many “will still have to do the computations to see if they will itemize or take the standard deduction,” said Martin Sullivan, chief economist at Tax Analysts.

Related: Changes to the child tax credit – What it means for families

Of course, deductions aren’t the only tax breaks with eligibility rules, income phaseouts and other mind-bending limitations.

The GOP tax plan keeps, and in some cases expands, several tax credits. And just as under today’s code, the rules for them aren’t intuitive. The ins-and-outs of the Earned Income Tax Credit and the Child Tax Credit, for instance, are complex and will remain so.

Even if taxes were easy enough to file on a postcard, every line item on it would have pages of instructions and forms backing up the number you report, said Kathy Pickering, executive director of The Tax Institute at H&R Block.

And let’s not forget the fact that the tax bill preserves the Alternative Minimum Tax for individuals. Yes, it reduces the number of people who would be hit by it by raising income exemption levels. But people will still have to figure out if they’re on the hit list. That requires calculating your tax burden twice — once under one set of rules, and once under a different set of rules — and pay whichever is highest.

Related: What’s in the tax bill for homeowners

Lastly, experts worry that the GOP tax plan actually would make tax filing a more complex experience for people who have business income from so-called pass-through entities, which are not taxed under the corporate code. Those include businesses and investment funds set up as sole proprietorships, partnerships and limited liability corporations. The owners, partners and shareholders pay the pass-through’s taxes on their individual returns.

“The pass-through rules are really complicated,” Mazur of the Tax Policy Center says. “And I expect taxpayers and their advisers will try hard to find ways to exploit [them].”